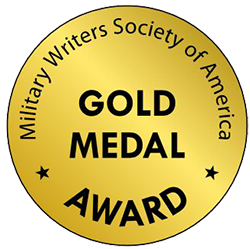 Fiction as REAL as Benghazi and Extortion 17.

The 21st Century started off dangerous and got worse. America is working its way back, wounded, but recovering and rebuilding.

Exceptionalism is a memory, but embers glow in the darkness. Hope is alive. A maverick scientist, GERRY PATTON, works alone behind tight security.

Her wild card project could ensure government survival if Washington was destroyed, but it’s being sabotaged. MIKE MICKELSON (“Twenty Mike”), a Marine, was gravely wounded when his command post in Yemen was overrun. Now unfit for combat, he’s assigned to help Gerry.

Unknown enemies are watching. A bioweapons attack is planned, a coup orchestrated by officials in our own government. Gerry’s program could hamper their plans.

Why take a chance? She’s a Soft Target.

Can Mike save Gerry? Can she help him heal? Can they prevent a paralyzing WMD attack? 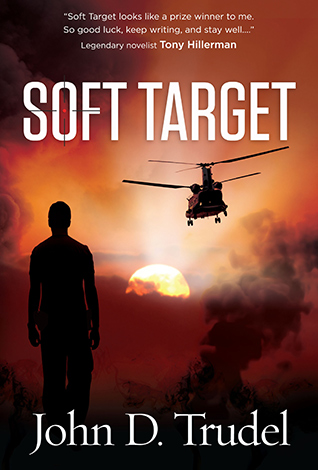 “Soft Target looks like a prize winner to me. So good luck, keep writing, and stay well…”

Tony Hillerman, Outstanding novelist, gentleman, mentor, and friend, 1925-2008. Tony was one of the great ones.

“It’s a gripping tale and a dramatic depiction of what ‘civil rights as usual’ does in the face of islamofascism.”

“John Trudel’s latest thriller, Soft Target, is his best yet. The dialogue is punchy and gives the reader wonderful insight into his characters. This is a must-read for thriller lovers.”

“Trudel has hit the center ring with this book. DEAD ON! I’m going to make sure I can get my hands on his other books. This is definitely 21st century ideas, plots, and solutions. This is one you’ll have to fight yourself to put it down before you reach the end. Thanks for a great experience and the knowledge that came from it. Don’t pass this one up.”

Thrillers are fiction… until it happens….

“Soft Target stands head-and-shoulders above any contemporary SpecOps novel of my recent experience. I am standing by for sequels! As a career-long SEAL, I find it encouraging that you went to such lengths to make Soft Target so true-to-life.”

“Marine General Mike Mickelson reports to one person only, but if caught he cannot tell. With the help of the beautiful daughter of an old friend, who is missing, Mike is after Arab bioterrorists inside the US, but can he escape the clutches of their unwitting and willing accomplices in our own government? A military techno-thriller set in the modern day Global War on Terrorism, which is a must-read for anybody who likes suspense, intrigue, romance, and lots of action. I highly recommend SOFT TARGET, but be warned, you will be rubbing your red-rimmed eyes at 3AM, because you will not be able to set the book down.”

“A superb governmental thriller in the flavor of Mr. Trudel’s Privacy Wars. This time a virus called ECP is introduced to the world and there are issues with the vaccine. Trudel has again created a novel with one thrill ride after another. This is an enjoyable read, with a fantastic winding plot and well defined characters. I give it a five-star rating only because there is not six. Trudel has done it again!”

“I really hate books like this. Fiction that could be reality at any moment of any day and then I have to stay up all night to finish it to see what happens! I hope it works out this well in real life. A very worthy read.”