The 21st Century sees a return of the totalitarian horrors that once caused genocide and World War. Big Brother is ascendant, aided by technology. Everyone is watched. Liberty has been traded for safety and both are lost.

Personal privacy has been stolen and must be recovered. Young scientist WILLIAM GILES fights for freedom.

He and his dad, IRON JOHN, a retired Special Ops Colonel, establish Cybertech. It sells security protection for private citizens. When John is abducted and presumed dead, Cybertech is attacked from all sides. Will stands alone, tortured by remorse and falsely accused. With all he loves at risk, he runs for safety, fleeing wrongful charges, and relentlessly pursued by UN paramilitary forces.

A former student REBECCA RIDER is sent to get him to shelter. She rescues him in the high mountains. Their main allies are the Yakuza and her friends, an ancient cult that possesses advanced science. Both groups seek Cybertech’s technology. How can either be trusted?

Can Will find redemption? Can he and Becky save Cybertech and prevent his technology from being stolen? Can liberty survive? That’s the story, a Hero’s Journey framed against a background of exotic locations, edgy science, societal challenges, and Global Governance.

The novel that predicted the NSA and IRS scandals

Three National Awards. The topic is real. Big Brother and others are watching.

Theory on a Thrill Ride

Of the News-Register, McMinnville, Oregon. 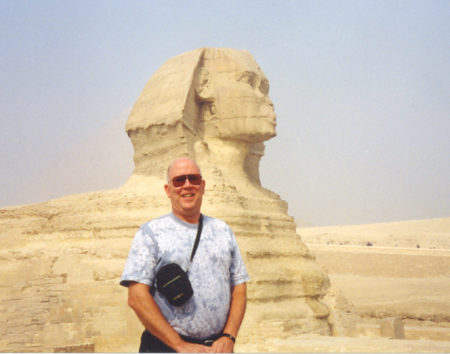 John Trudel may technically be a retiree, but he appears to have found his niche. If he’s sitting in a rocking chair, his lap must be cradling a laptop, as he just released his second novel of the year.

Like his first, “God’s House,” “Privacy Wars” is an international thriller based in Oregon. And it packs a whole lot of action, intrigue, political chicanery and social commentary into its 283 pages.

There’s considerable complexity to the crosscurrents, so it’s informative to set the stage, hopefully without taking away from the storytelling.

The time is something north of two decades from now. The 49th president of the United States resides in The White House, and he is cracking under the sort of pressure never experienced by any of his predecessors.

The once wealthiest, proudest, most powerful county in the world has fallen on hard times. It is a nation deeply in debt and chafing under the burden.

The Land of the Rising Sun has arisen from its financial doldrums through smart policies and strict discipline to once again lead the world economically. And with its newly attained supremacy, the neo-Tojos in Tokyo have exacted an onerous price for keeping America afloat with copious quantities of the stable and much sought after Yen.

So-called peacekeepers, supposedly operating under the authority and administration of the United Nations, have been stationed at barracks in major U.S. cities — including Portland.

However, the well-armed military men who carry the title U.N. peacekeepers come from just one country — Japan. In reality, they are an occupying force.

Welcome to an ironic payback for our own occupation of Iraq, Afghanistan and, lest we forget history, Japan.

Into this unstable mix, Cybertech, an Oregon company, is interjected. Its small but brilliant team of engineers has invented a level of software encryption never before seen on the planet.

It’s not patented, and how it works is known to just a few, and they are holding it in total secrecy. Despite Herculean efforts by top experts, with funding from mega-corporations, it has thus far proven unbreakable.

This means Cybertech’s customers can conduct their activities, whether personal or commercial, strictly honest or insidiously nefarious, without fear of detection or interference.

Cybertech itself purports to be impeccably ethical, choosing only companies or individuals of sterling reputations as clients. It specifically rules out governments and the U.N.

Not surprisingly, major players of all stripes around the world are displeased. If they can’t have it, then they don’t want anyone else to have it either. And the Japanese government leads this list.

Not incidentally, the Yakuza, Japan’s version of the Mafia, is a Cybertech client. Let’s hear it for unfettered free enterprise and the inviolable right to privacy.

Constitutional, ethical and moral arguments vary all over the lot on privacy rights, of course. How universally it should apply depends on any number of scenarios and variables. But that’s a whole other discussion.

Consequently, Cybertech is forced to shut down, to go underground. And Will Giles, the son of its founder, is forced to spend his time and energy eluding relentless pursuers from the U.N. Peace Force, consuming a substantial part of the plot.

An elite Japanese squad led by a martial arts master may have murder on its minds and the highest authorities on its side, but Giles can count on allies whose powers transcend those of mere mortals. Much of the plot centers on how he manages to pull this off.

Since Trudel has shaped a sympathetic, forthright protagonist in Giles, the reader is led to root for him over the not-at-all-nice guys. He’s thrown in a straight-shooting U.S. senator and his niece, sharp as a whip and beguilingly attractive, who play a pivotal role in extricating Giles from his predicament.

The action shifts back and forth among several key locales, including The White House, Capitol Hill, the Cascade Wilderness and even the Chiapas Highlands of Mexico’s Yucatan Peninsula.

Unknown locations are common, as are visitors from afar who, as Trudel develops in some detail, were responsible for teaching pyramid construction to ancient cultures in surprising places never covered in history classes.

Trudel, meantime, demonstrates his not inconsiderable grasp of the system, legal and otherwise, in spinning a tale of international intrigue that retains the reader’s attention throughout.

Already showing good pacing and style with “God’s House,” he continues to hone his writing skills here. Even when presenting lengthy explanations, he maintains the momentum of plot pacing.

The former top secret communications expert and consultant, who splits his time between Newberg and Mesa, Ariz., is already at work on a third high-tech thriller. Details to come.

In the meantime, he will be at the McMinnville Airport on Oct. 27 for Friends of the Airport Day. An experienced private pilot, Trudel will be signing his books in The West Hangar from 5 to 6 p.m.

“Privacy Wars” and “God’s House” are both available through www.johntrudel.com or www.amazon.com.

And that’s what I found out while OUT and ABOUT — streaking back and forth between intriguingly far flung places with the mere flip of a page.

Karl Klooster can be reached by e-mail at kklooster@newsregister.com or by phone at 503-687-1227.

“You’re in the first row of a slowly climbing rollercoaster. Behind you, closing fast, are the American President and his enforcers, assisted by UN Peace Forces and a powerful foreign government—all bent on your annihilation and that of your technology. Then prepare for a dizzying plunge into a breathtaking, unexpected conclusion. It’s a ride worth taking with author John D. Trudel whose writing skills will captivate you.”

Don Bendell served as an officer in Special Forces and was in the Top Secret Phoenix Program, is a top-selling author of 26 books, with over 2,500,000 copies of his books in print. His most recent is Tracks of Hope.

“Trudel has a remarkable talent for maintaining an atmosphere of brittle tension. This, combined with an uncanny instinct for what perplexes most of us in this new tech age and its inherent threats to our privacy and our basic freedoms, makes for a gripping thriller.”

“Remember when you read your first book by an authentically professional author? This is another one of those times. John Trudel’s Privacy Wars is a unique work of sheer audacity, and is a certain winner among those who love a mystery that creates a futuristic-but-palpable synergy of international gangsters, brilliant technological acumen, the dynamics of irrational political power, and the essence of free-market societies. Don’t miss this one!”

“Privacy Wars is imaginative, interesting, and grounded in reality. As a high-technology patent lawyer, I see an accurate depiction of today’s legal and political context, and a thriller driven by plausible extrapolations of current technology and science. But this story is so much more: Good vs. Evil and Freedom vs. Tyranny, with the high-stakes conflict played out by everyday heroes in exotic settings. It’s a timeless tale of romance, humanity, and hope underpinned by archeological-fact-based legend. Highly recommended.”

“Difficult to put down. I’m half way through the book right now and enjoying it so much that I’ve just ordered two of his other books.”

“Privacy Wars: A Cybertech Thriller hit me as such a realistic storyline that it could easily be a non-fiction in the not so near future. The loss of privacy and the government intervention into the private and corporate worlds were way too real. I have a hard time focusing on reading, but this read was way too good to put down for very long. The characters were very lifelike and the descriptions were awesome. This is a definite 5-star read. It is riveting and the action lends it to someday be movie and definitely one I would love to go see. John Trudel has a winner here.”

“In Privacy Wars, John Trudel knows his audience and like a guided missile seeking the target, accurately and explosively delivers in his new book on Cybertech.”

John Zodrow, Author of THE SINS OF WAR

“In Privacy Wars, John Trudel pens a Thriller that is a sure bet to grab you, carrying you along on a trip into the darker side of technological intrigue. Trudel’s characters are gritty, genuine, and vulnerable; his plots masterfully crafted. Privacy Wars will propel you into another fascinating read in the wake of last year’s God’s House.”

“John Trudel’s Privacy Wars does more than just provide plenty of entertaining reading. It issues a warning to all lovers of freedom that freedom is what we lose when we grant power to others. This thriller has elements of 1984 and Atlas Shrugged, but is replete with modern technology and high-tech-based adventure. Highly recommended!”

“Privacy Wars opens with a bang and continues to grip. I often wondered if I were reading a conspiracy satire or a future history. And I kept reading.”

“New Age Cyber-tech mixed with Truth and Politics. Pyramid’s, Smoky Mirrors, Instant Space Travel and Technology so advanced it looks like MAGIC all mixed with Political Intrigue. Mix all of that with today’s trend toward Total Government Control, a few willing to stand up and take action for change and you have a Great Novel by an Outstanding Author.”